When 4G LTE first emerged, people were blown away by the speed and capabilities of such an advanced network. With 4G, LTE came more rich content, from video streaming to live gaming. Today, as we get ready to head into 2020, the pros and cons of 5G are the next big thing on everyone's mind.

With a peak data rate of 20 Gbps, using eMBB (Enhanced Mobile Broadband), 5G will increase the bit rate, which increases speed and can also lower delays in content delivery to mobile devices. This will be especially helpful for applications that are bandwidth-intensive like VR (Virtual Reality), AR (Augmented Reality), and OTT (Over the Top Media Services).

5G is a great opportunity for developers to deploy applications that take advantage of fast, high-speed lower latency networks. Like any data network, people want to know what the advantages and disadvantages are going to be of this new technology.

So let’s break down some of the pros and cons of 5G.

If you are close enough to one of these 5G towers with your 5G phone, you will be able to download entire episodes of HD programs in a manner of seconds. Buffering when viewing a video will be a thing of the past.

With current 4G LTE technology, when thousands of people descend on a small area, towers tend to get congested and reach capacity. On 5G, this will no longer be an issue. This means that people won't feel like they are competing against each other for the tower using their cell phone on internet-based activities like Facebook, Instagram, Twitter, sending/receiving email, web browsing, searching maps and directions, and reading news with all of the other users at crowded venues like sporting events, concerts, and festivals. With more bandwidth available, people will also be able to use this bandwidth to do more with their devices, making them more versatile than ever before.

One catch is that these frequency waves can only travel a short distance. Just like 5 GHz, Wi-Fi doesn't travel as far as 2.4 GHz WI-Fi, 5G cellular will not travel as far from the tower as 4G. Also, the millimeter 5G waves will only travel well in the line of sight (straight line with the ability to see the tower). Meaning trees, buildings, walls, or other obstacles will block, disrupt, or absorb the high-frequency signal. Some have predicted that even rain could potentially be a problem for 5G connections.

Phones running on 5G will experience a huge battery drain. Better battery technology will be needed if the object is to run your phone a full day on a single charge running a 5G connection. Users are also reporting that phones are almost hot to the touch while running 5G.

Currently, 5G coverage is limited to narrowly defined areas in specific cities. As a rule, the carriers will be expanding their network in areas with the greatest population. If you live or work in certain areas of big cities, you will most likely be the first to benefit from the 5G technology. For everyone else, especially in remote areas, it will be some time before it arrives. Carriers are more likely to spend their network upgrade dollars where the greatest number of their users reside or work.

With any new technology, it's important to discuss what the pros and cons are so that you can have a better understanding of how it will impact your business. There's a lot of buzz around 5G, and it can be easy to get confused by what information is correct and what's not. We won't truly know what 5G can do until it's fully implemented, but what we do know is what it's built to do.

As carriers continue to retire their 3G spectrum to repurpose it for 5G, it can be confusing and frustrating as an operator who needs to upgrade their equipment to keep pace. Additionally, MWCA predicts that only 49% of connected devices will be 5G in 2025, with 4G still holding 45%.

OptConnect can help make sure your equipment stays connected and provides the best long-term solution for your business operation needs.To learn more about upgrading your 3G equipment and how to best position your business with the future of cellular connectivity call one of our experts today at 1.877.678.3343. 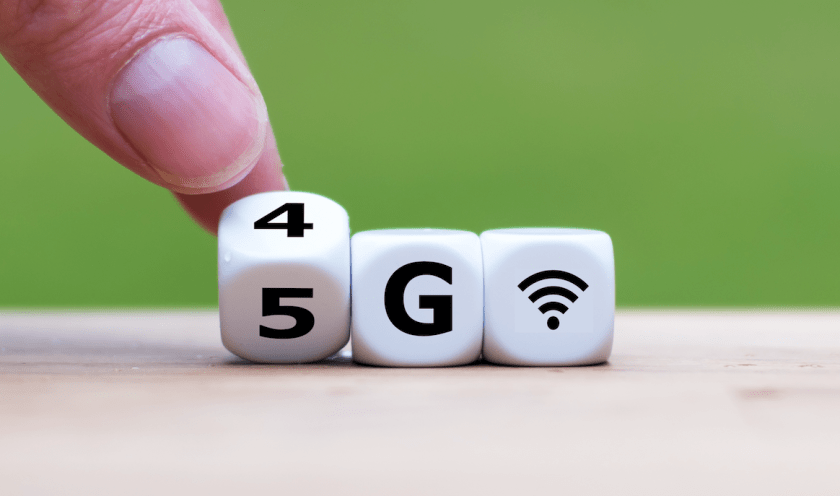 Understanding 5G and What it Means for IoT

It's not uncommon to hear the term 5G these days. In fact, it's become quite the buzzword with many cellular carriers claiming they now...

3G to 5G and Everything In Between

With so many people talking about the “Internet of Things” and many new cellular terms being thrown around, it can be a little hard to...