The History of OptConnect

Today OptConnect is an industry leader in the managed wireless connectivity space with primary IoT markets in ATMs, kiosks, micro-markets, smart safe, POS, and digital signage. However, OptConnect began as a simple solution for ATM connectivity. In today's post, we'll look at the history of OptConnect.

OptConnect began under the Grant Victor family of companies. Grant Victor, an ATM services provider, was founded in 2000. At the time, ATMs were connected through telephone lines.

This proved to be costly, cumbersome, and sometimes the scheduled phone connections were not set-up in time.

Before cellular communication was very common, it was discovered that there were cellular connection routers that were originally designed to provide communications with remote equipment for utility companies.

A couple of these cellular routers were purchased and with a little testing and engineering, these routers were now repurposed and made to now communicate with ATMs.

In 2007, these early OptConnect routers were just sold as an ATM accessory. It was decided that this cellular technology had enough promise that it could be spun-off as its own separate company.

In 2009 OptConnect LLC was officially formed, it was an “Option” to “Connect”.

During this time it was sold only as communication equipment for ATMs. The ATMs no longer had to worry about sharing lines with the store’s telephone, their fax machines, or their credit card terminals.

It didn’t take long before customers were asking if those cellular routers could be used for things such as digital signage or point of sale devices.

Once it was discovered that this technology could be used for anything that needs the internet, OptConnect quickly transformed into “Managed Wireless Solutions” for whatever equipment the customer needed to be connected.

Since 2009 we have expanded our operations, penetrated new markets and continuously innovated our solutions. The history of OptConnect has impacted what we do today, focusing on providing safe, secure, reliable, and affordable connectivity by using a combination of proprietary device configurations, cloud-based remote monitoring software, and tight integration with cellular carriers.

As OptConnect looks ahead to the future, we hope to continue to make our mark as the best wireless managed solutions provider. 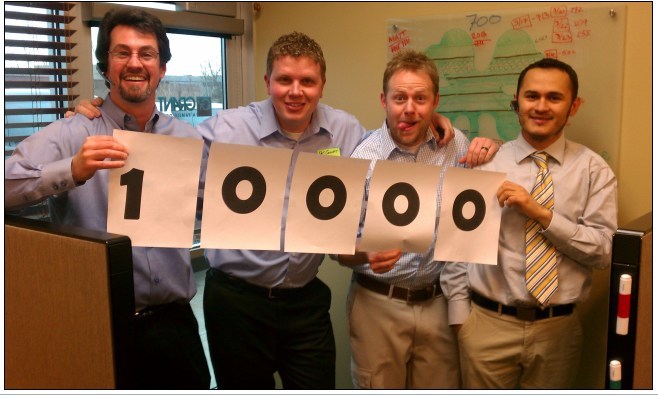 Many know me as a Sales Engineer here at OptConnect, and I’m also known as the Antenna Man, but what you may not know is that I was also...